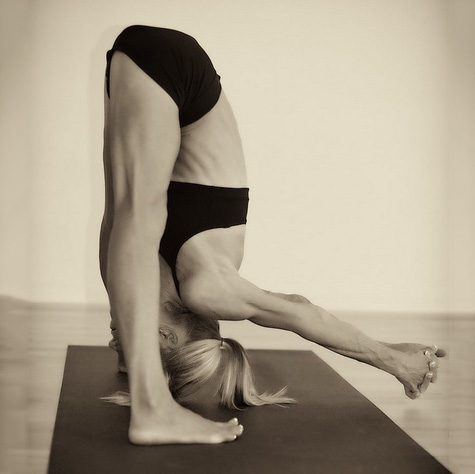 I love teaching my Tuesday morning yoga classes in Wolverhampton – some students have been with me since the class started almost three years ago.  Everyone in the class really loves yoga, almost as much as me which leads us to much yogicity chit chat.  Last week the pre-class conversation got onto Ashtanga, a type of yoga I have practiced a lot over the years. My first ever experience of yoga was ashtanga, which developed into my first ’yoga obsession’ back in in 2000 mainly at one of the original London studios, The Life Centre Notting hill.

So in Tuesdays class, we got talking about ashtanga and people were interested in giving it a try.  I teach mainly vinyasa flow which originated in ashtanga, so it’s a similar type of thing to those that don’t know much about yoga lineages (most people).

A Bit of Yoga History

If you want to be specific; ashtanga, vinyasa flow yoga and pretty much all modern day yoga stems from hatha. (I did my Yoga Alliance training in hatha in 2016.)  Not many people realise this but hatha is the original yoga. It’s the only one that is referenced in  Patanjali Macharishi’s Yoga Sutras in around 400 AD.

Contrary to popular belief, Ashtanga and all other yoga types that you would recognise in yoga classes in Wolverhampton and way beyond are not anchient. Lineages such as Iyengar, yin, power, vinyasa, restorative, jivamukti, kundalini (to name a few) were established and cultivated in the 1900’s. They are modern yoga lineages with their roots in ancient hatha.  This website has a great description of it all.  Official yoga lineages like ashtanga or iyengar rightly insist the teachers train at official schools and adhere exactly to the teachings of its’ creator.  To note, I am purposely avoiding mentioning the creator of ashtanga here as it’s a whole can of worms. Yes, rotten scandal exists even in the sacred world of yoga. You can Google it if you’re interested and I will blog about it another time.

Vinyasa flow however, is a ‘rebel ashtanga’.  Taking many the principles of ashtanga, for example linking breath and movement, oo-jai breath, vinyasa, postures etc.. But sequencing them differently to suit the teacher or class.  Then adding in yoga from lineages the teacher has been influenced by themselves on their own yoga journey. I think this is perfectly good, authentic yoga.

The flow style I favour is less strict, more relaxed and allows better for varying body shapes.  I also personally get bored doing the same sequence every time…but that’s me.

From a teacher perspective, vinyasa flow yoga allows me to be the creator. I love this because I get to create beautiful flowing sequences according to many aspects. These include: my mood, the class in front of me, a particular focus for that day, the moon, the sun, the deep blue sea. You get the general gist here, I like to have freedom.

I still love to practice ashtanga.  Particularly, as where I live in the West Midlands U.K., classes outside Birmingham can be ‘hit and miss’ (sorry it’s true).  So I often attend classes labelled ashtanga because I know exactly what I am getting thank you very much. Ashtanga is a demanding practice and I crave that challenge too.

So, last week we followed the opening sequence of ashtanga, series one.  This consists of five surya namaskar A (Sun A) three surya namaskar Bs  (Sun B). These are followed by standing forward folds, triconasana, side angle, wide legged forwards folds, hand to big toe… And it goes on (see full sequence here ht).

When I moved to this area, I didn’t have a clue where to go for good yoga as there were no studios for 20 miles. For this reason, I will always reference good classes I find in this blog. Mine are listed here. Other good ashtangha yoga classes in Wolverhampton include anything by Karina at Raw Yoga and one little gem I found at a local studio one Sunday evening in Wolverhampton by Gursharan (Sharon).  In Birmingham you have the wonderful Dave Glover and John Moult – any classes by these two experienced teachers are a must.

The rebel ashtanghi (me) flits between Sanskrit and English, iyengar, ashtanga, traditional hatha, jivamukti styles. All of this would not be acceptable by strict ashtanga practitioners.  But then I have never kept to the rules in much in life.  As long as my classes are safe, thoughtful, fun and considerate of the people in front of me on that day. I think that’s much more important that following a lineage exactly to the letter.